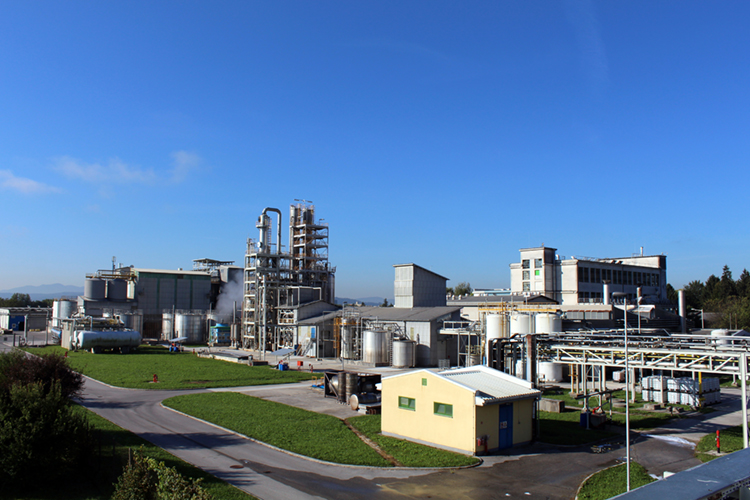 Fire in the factory had no polluting impact; the production restart planned for the beginning of June

Ten days after the fire in the production of Belinka Perkemija in Šentjakob the company informs that analysis of ELMU (Jožef Stefan Institute) did not detect any pollution of air or water near the factory.

The event has no negative impact on the cultivated area and produce of the local community. The company is now in the stage of eliminating the consequences of the accident and the regular refit. The production is planned to restart at the beginning of June. The investigation by the Inspectorate for the environment and spatial planning is still in process, so detecting the cause of the accident is still ongoing. Also, the evaluation of the damage has not yet been fully finalized.

After taking measurements and sampling water in the »Stokalca« stream and air in the area 400 m from the factory, the Ecological Laboratory with a Mobile Unit, part of JSI (ELMU) issued their report. No chemicals or other hazardous substances were detected in the air around the stream. The concentration of soluble substances in the air was too low to be detected by analytical instruments. The water in the stream was clean, however, with foam on the surface since the fire was extinguished with the use of firefighting biodegradable foam. The recorded parameters show that water has not been polluted with chemicals. The foam for extinguishing the fire is not toxic and will dissolve in air and light. ELME reported that firewater from the Belinka factory is not causing pollution of the Sava River. In general, ELME assesses that local pollution of the stream with technological and firewater will not have any impact on the environment in the Šentjakob area. All fire waters were safely collected in reservoirs, which caused some smell in the first days after the accident before the water was dispatched to the official collector, however, it had no impact on health and the environment. As the company is in the phase of a refit it is possible that neighbours notice normal influences of working procedures (smell, noise). The company is also performing daily monitoring of the »Stokalca« stream, including Saturdays and Sundays.

The company continues to regularly inform local communities and other stakeholders. With the help of external institutions, we are still investigating the exact cause of the accident and the material damage. We strive to establish normal operation as soon as possible and thus successfully and timely fulfill the orders of our customers.