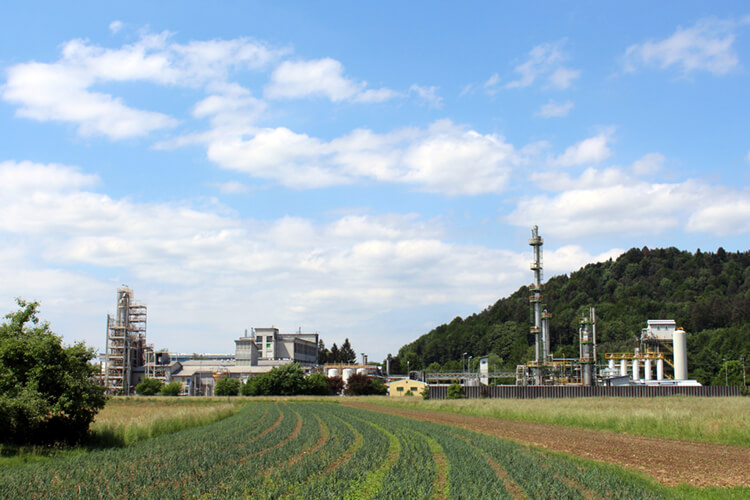 Fire in Belinka Perkemija without consequences for people and the environment

On Monday, May 9, a fire broke out in the production of Belinka Perkemija. The fire engulfed the tower with the washing line. The fire was extinguished in less than 30 minutes without any harm to employees and the environment.

In one of the towers in which the line for solvent washing in the production of hydrogen peroxide takes place damage occurred that caused the flashover of solvents and developed into the fire. At the time of the event, there were no employees present in the production. Authorities for protection and rescue were immediately informed about the accident while responsible units of the company started with the preventive measures to maintain the fire. Internal and external fire brigades efficiently extinguished the fire while fire waters were captured in the existing reservoirs which means that there was no spill of the environmentally hazardous substances. Firefighters from Gasilska brigada Ljubljana and voluntary fire brigades of Gasilska zveza Ljubljana sector north cooperated in the event.

No employee was injured in the accident and production processes are under control. No damage and consequences for people or the environment have been detected.  The production in the solvent washing tower has been temporarily terminated therefore the supply of products in the following weeks will be limited.

In the company, we cooperate with authorities in researching the cause of the fire. We make efforts to reestablish normal working conditions as soon as possible to enable continuity of the production of hydrogen peroxide. The material damage is still being assessed.  The management of the company is taking care of regularly informing the local community, business partners, media and employees about the progress of the situation.

The website uses cookies, which provide a better user experience, site analysis, and the possibility of targeted advertising online. Please click on the "I Agree" button if you agree to their installation. You can change your settings at any time. More | SettingsI agreeX
Revoke cookies